Men’s classical duffle coats are practical and informal, they can be worn in the autumn, in the winter and in the spring. Models of high quality double-layered fabrics with great share of wool are suitable for cold weather at 18 degrees below zero. Hood protects from snow and cold and unusual toggles and loops give duffle coats eye-catching look. 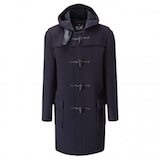 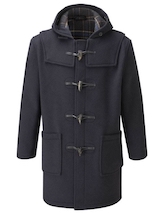 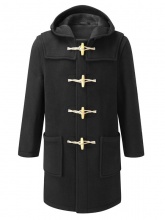 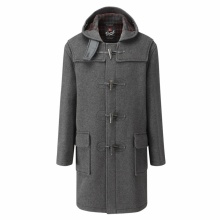 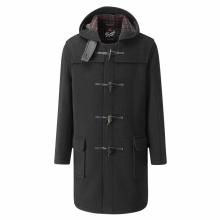 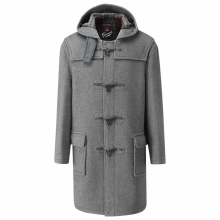 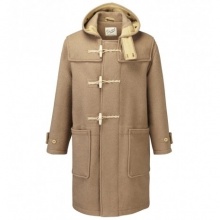 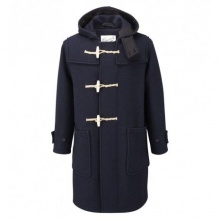 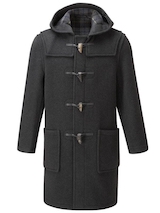 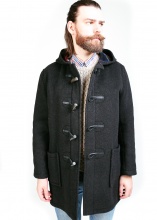 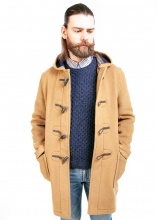 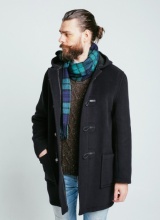 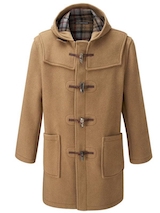 Originally duffle coats were military clothes, servants of the Royal Navy wore them from the 1890s. Duffle coat became highly popular thanks to the field marshal Montgomery, who wore these coats constantly during the World War II. After the war’s end duffle coats were available also for the civils and by slow degrees they became popular far beyond Great Britain, for example, in Japan, Hong Kong, Korea and even in New Zealand.

Duffle coats look very informal, therefore they do not match to strict formal clothes but they are perfectly suitable during the long walks and for wearing with informal casual clothes like sweaters, cardigans, jeans, chinos or tweed pants. Owing to double-layered fabric and hood these coats are pertinent even in cold and bad weather with rain or snow. Moreover, high quality duffle coats produced in Britain have also authentic design and are extremely durable. 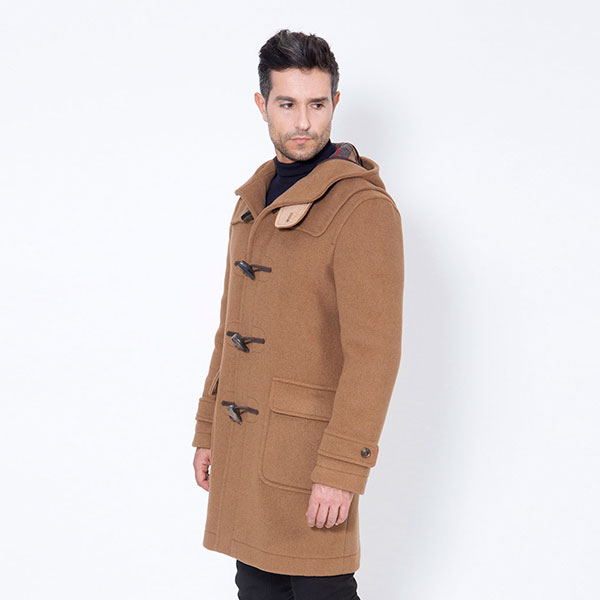 If you have dreamt of an authentic thing from England that has its own history, you should pay your attention to a men’s classic duffle coat. Each model from our catalogue represents the British style tradition in its pure form.

In our catalogue you can find such brands as Original Montgomery, British Duffle and Gloverall — these companies are icons of style among producers of duffle coats. The oldest brands offer you to enjoy English history and culture and get a model of the duffle coat which is closest to the original.

Thus, the men’s duffle coat is knee-length or shorter — generally the length is from 89 to 98 centimeters. It has a loose straight cut, a neat hood (the hood can be detachable in some models) and two big patch pockets — with or without flaps.

Almost all models are produced in the range of calm and soft colours — nothing to add. There are traditional shades (camel, navy blue, black) and other classic colours (grey, brown, indigo).

Subdued colours and a traditional cut create a manly look which resembles the Royal Navy’s uniform and the clothes of General Montgomery himself. If you admire the strict English style, prefer simplicity and classic silhouettes and love everything that is connected with the sea, this coat is definitely for you. Men’s classic duffle coat will bring you comfort, warmth and an original appearance. As people say, “classics never go out of style”.