Traditional hood of a duffle coat is big enough to place a sea peak-cap under it. Nowadays there is no need for such a big hood because people who wear duffle coats are mainly non-military people of fashion moving short dashes from their cars to the offices.

Some modern models of a duffle coat without a claim to the traditional characteristics have small accurate hoods which comfortably lay down behind the back and allow its owner to carry a backpack. 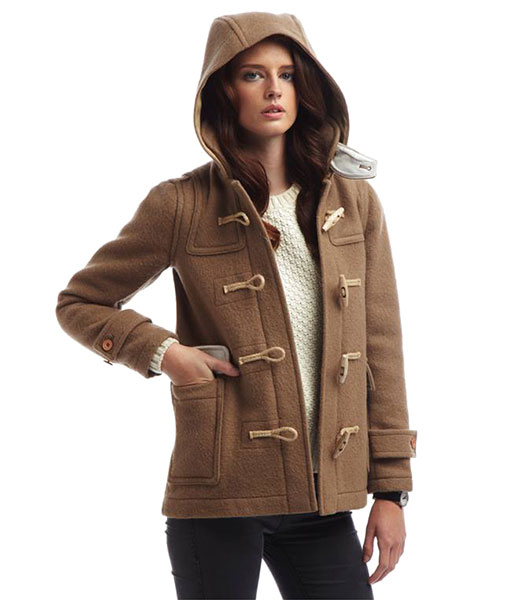 The wide fastener under the throat, which used to protect seamen of Her Majesty's army from the most severe winds, became an unnecessary detail too. In the classical man's Flag Monty 3585 model this fastener remained on its place, but in the woman’s Classic Fit Womens Duffle Coat Burgundy model there is no such fastener. In some other models the fastener isn't sewn to a duffle coat at all, it is attached with buttons on both sides so the coat can be worn with or without it. 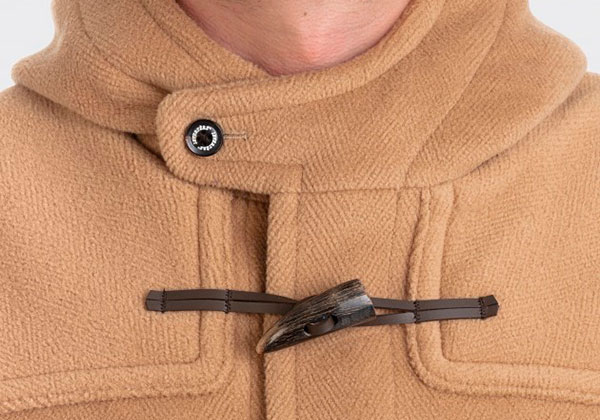 What kind of headwear can be worn with a duffle coat?

It is strongly not recommended for both men and women to wear a duffle coat with the traditional kind of hat, especially a hat with wide flaps because of the coat hood. Hats with ear-flaps and kinds of fur headwear will also look strange with this coat.

It is recommended to wear with a duffle coat:

Kepi suits a duffle coat the most because it resembles the original peaked cap. Berets used to be an element of military uniform too. Bernard Montgomery, Field Marshal of World War II, was the famous admirer and promoter of duffle coat and often was seen walking in a set of duffle coat, combat boots and uniform beret. In the UK, a duffle coat is still sometimes referred to by Field Marshal's name — a “monticoat”. Among Gloverall models there are also some “nominal” ones such as Original Monty 575, Flag Monty 3585 and Mid Length Monty 3210. 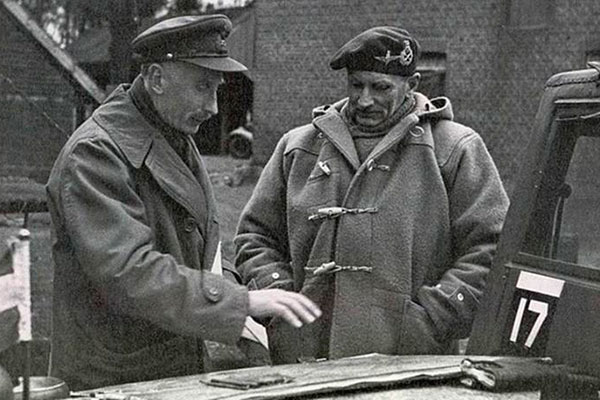 Bernard Law Montgomery in a duffle coat and a beret

There is much luck for the stylish and practical people that a duffle coat, which is far from sporty style, can be worn with knitted hats. Historically, knitted hats used to be worn by civilian mariners only, and were not worn at sea. Therefore, the only advice is that it's better to avoid knitted hats with stripes of stressed-sports brands in order to keep the original style.

More articles:
Traditional colours of the duffle coat
Duffle coat and women’s accessories
London Tradition: the past and the present

A woman's headwear to suit a duffle coat can generally be the same as for men, because all the models mentioned above have become an integral part of a woman's wardrobe. If you have a classic duffle coat of blue, black or gray colour then your beret can be of a very bright colour. And you can also wear a knitted hat with a pompon or with knitting patterns. The main thing is not to overdo with small details: even the fitted feminine duffle coat will not tolerate any extra ripples next to it. The scarves with duffle coat should be either of bright colours or just plain.