The Pea coat is another present from military outfit to civil fashion lovers. Though the history of this piece of clothes starts from the 18th century, now the Pea coat is going through a new wave of popularity.

Pride of the fleet

For the first time the Pea coat was mentioned in American newspapers in 1720. It is one of the oldest pieces which can be found in a modern wardrobe. Soon the Pea coat was accepted by the British royal court — in 1857 the Royal fleet was dressed in Pea coats.

Two decades later the Pea coat was also appreciated by the New World. It was an element of the outfit of the American fleet now. There were an anchor and thirteen stars, symbolizing thirteen American colonies that had formed an independent state, on its buttons.

Besides, before World War I, the Pea coat had two pairs of pockets. Big flap patch pockets, similar to pockets of the marine duffle coat, were placed closer to the bottom of the Pea coat. And above there were welt pockets with velveteen lining which were called hand warmer pockets.

By 1940 patch pockets had been removed (as well as the stars had disappeared from the buttons), welt pockets were shifted lower so it would be more convenient to warm frozen hands. 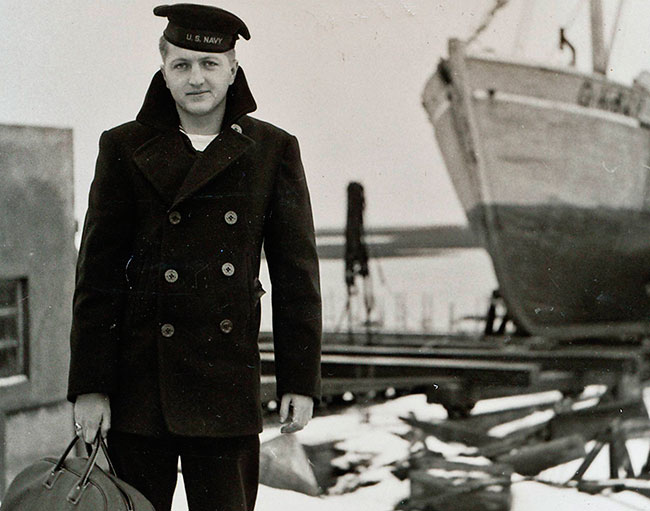 Sailor in a Pea coat

The Pea coat has a modern look. Taking into account the history of the Pea coat, it is quite a surprise. Owing to its sound past, the Pea coat conquers the modern audience. After all, everyone likes things with their own history and legends. 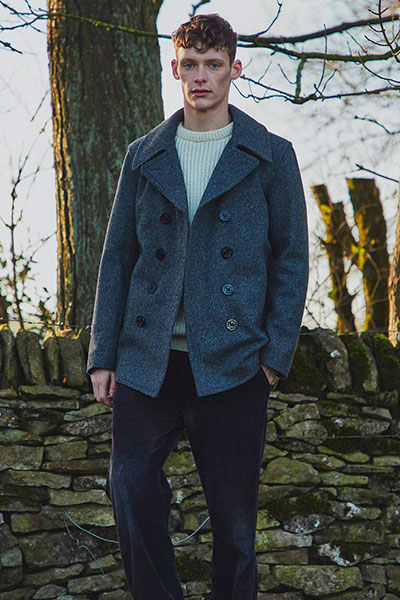 Look with a modern Pea coat Gloverall
More articles:
Pea coat — silhouette in detail
The Pea coat — why is it called so?
London Tradition: the past and the present

The Pea coat is characterized by a convenient cut and good protection from the cold. It is an excellent basic element to create various fashion looks. Today you can be a smartly dressed person and tomorrow you may try a dandy look on. The Pea coat will suit all your images!