The Pea coat — why is it called so?

The Pea coat is familiar to everybody who is interested in fashion and follows the world trends. Connoisseurs of a comfortable and elegant style have already taken notice of this coat which combines military, casual and classic styles. But has anybody thought of the name of this coat, the Pea coat?

According to materials of the British marine magazine «The Mariner’s Mirror» of 1975, the term “Pea coat” came from the Dutch word pijjekker or pijjakker, in which “pij” meant the name of the cloth, which was used to make Pea coats. It was a special fabric of rough twill weave, of blue colour, with pile on one side. 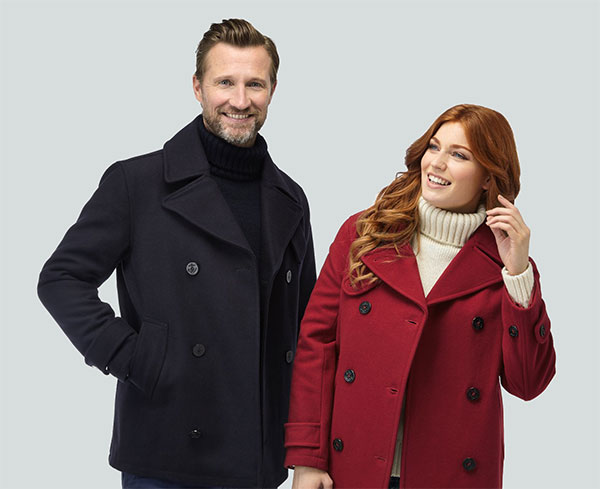 Another theory of the origin of the word "Pea coat" is supported by the US naval forces. According to this version, marines used to wear a coat made of “pilot” cloth (again made from thick blue fabric of twill weave with pile on one side) in cold and wet weather.

This “pilot cloth” fabric was often named by the first letter, P-cloth. The clothing made of this fabric was called respectively a P-jacket, and then a Pea coat. This term was put into use in 1923 to refer to a coat made from the above-mentioned fabric.

Perhaps, the most lovely and touching version is, for some unknown reason, the most uncommon one. To our mind, the brutality of the Pea coat would just benefit from it.

So, the third theory tells us a story of a young man who joined the Royal Navy. His father, a Dutch farmer, made a special coat for him to stay warm in harsh sea conditions.

The Pea coat was made from the wool of boy's three beloved sheep, Pauline, Eleanor and Andrew. And so the youth named his coat in honour of these sheep, P.E.A Coat! The corporal the young man got enlisted to loved this coat so much, that he ordered 400 Pea coats from the youth’s father. Thus the Pea coat became marine uniform.

It’s up to you to decide which of these stories to believe. The main thing is that all of them lead to the same conclusion that the Pea coat is a perfect outerwear which possesses a unique style and universal qualities. It doesn’t matter whether it is named after pilots or sheep, anyway, you are going to be pleased with the invaluable characteristics of the Pea coat.