The Pea coat is a coat which has the naval past, popular present and quite perspective future. Having an almost three centuries’ history, the coat is more than trendy nowadays. What attracts the attention of a fashion-monger? Let’s look into details.

The Pea coat is a woolen outfit. It can be distinguished as a straight shortened coat of a special cut, which has the following recognizable features: 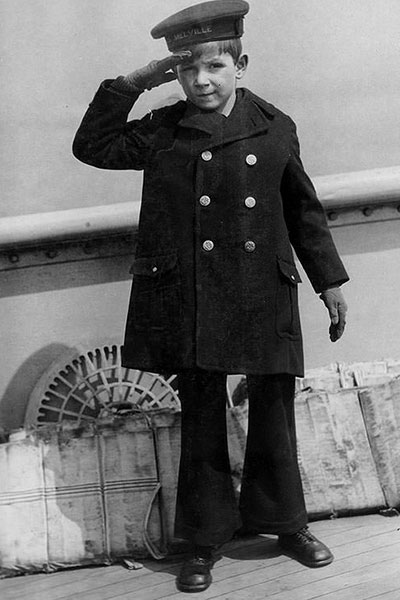 Some time ago we used to fasten the Pea coat with eight buttons instead of six (some models have saved this feature to the present). The image of an anchor surrounded by thirteen stars was engraved on buttons of American naval Pea coats. The stars used to symbolize thirteen colonies, which have formed the USA. But shortly before World War II the image of stars was removed and only anchors were left. Now the Pea coat may have any buttons of your choice.

The wide collar of the Pea coat is made to replace the hood. It can be lifted up in bad weather conditions and protect the neck and ears from wind.

The pockets are made to warm the hands. They were even called “hand warmer pockets”.

The Pea coat is made from a special wool melton cloth. Modern models usually contain approximately 75% of it. The point is that melton is pretty much thick and heavy wool, thus the clothes made of such type of wool weigh quite a lot. 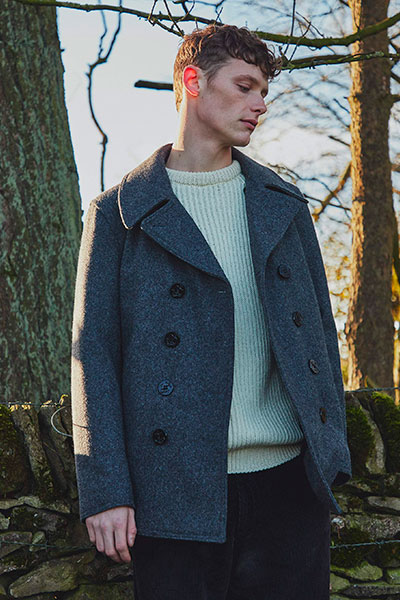 One more disadvantage of the coat should be pointed out. It doesn’t fit to rainy days as it has no hood and it isn’t waterproof.

More articles:
The Pea coat — why is it called so?
Pea coat — the marine history
History of duffle coat

However, the rest of all other characteristics will please its owner. It is quite a warm coat, which can be worn both in autumn and winter. Moreover, the Pea coat is a versatile fashion item of clothes and matches any garment creating a stylish and attractive look.