Duffle coat is a short, stylish coat with a nap equipped with unusual attributes, such as buttons in the shape of animal fangs gained a strong reputation in the UK, where it had appeared, and beyond its territory. Many well-known and respected people around the world willingly supplemented their wardrobe with this strict and at the same time attractive item.

At the end of the 19th century Briton John Partridge began to make the first duffles. It happened that the Royal Navy ordered it, because the item turned out to be extremely versatile and comfortable. Having thus become the form of soldiers in the First World War, the duffle coat became a symbol and personification of masculinity. The Field Marshal of the British Army Forces Bernard Law Montgomery, who wore duffle coat throughout the Second World War, brought glory to the duffle coat. 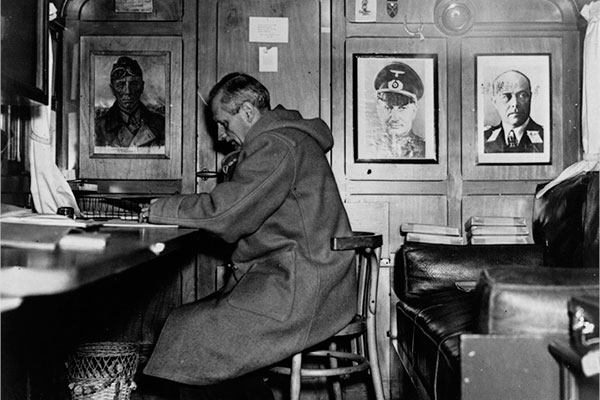 The world-famous existential writer Jean Paul Sartre, the author of the famous Nausea, also had a wonderful cozy duffle coat. The writer and philosopher Sartre was in love with his duffle coat, since it served him faithfully from the time of the Resistance.

It was thanks to Sartre that duffle coat had firmly embedded in the university environment. Jacket-coat is still worn by the radical students in Paris freely, unbuttoned; it is worn by rebel poets and freethinking philosophers.

In the 60s of this century, the French fashion designer Yves Saint-Laurent makes duffle coat popular. Now this is not a symbol of brutality but fashionable clothes.

Today duffle coat is worn by both men and women. Natalie Portman, the famous American theater and film actress, found duffle coat very useful while having been pregnant because it is quite spacious and comfortable and at the same time elegant. 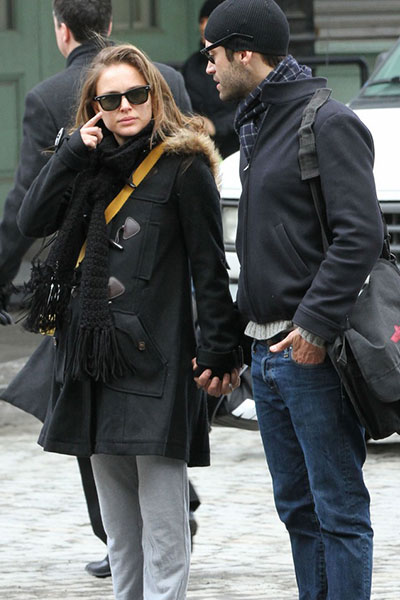 Latin American actor Ricky Martin enjoys wearing a classic duffle coat with a warm hood. And the American pop singer Britney Spears has a tan duffle coat in the so-called camel color, which is also called the color of satay. 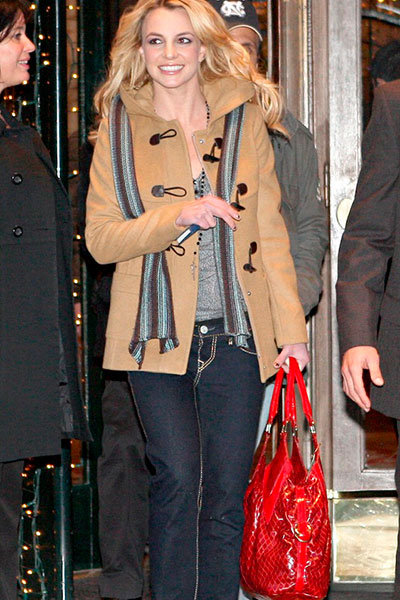 In the 50s of the last century, the English writer Michael Bond wrote a fairy tale about the Paddington Bear. The British dressed the teddy bear hero in a duffle coat, and, later, a shortened version of the duffle coat was called the Paddington bear coat. At the Paddington Station there was established a monument to the teddy bear, which is no less popular in England than Winnie the Pooh, but, unfortunately, there is no coat on it. 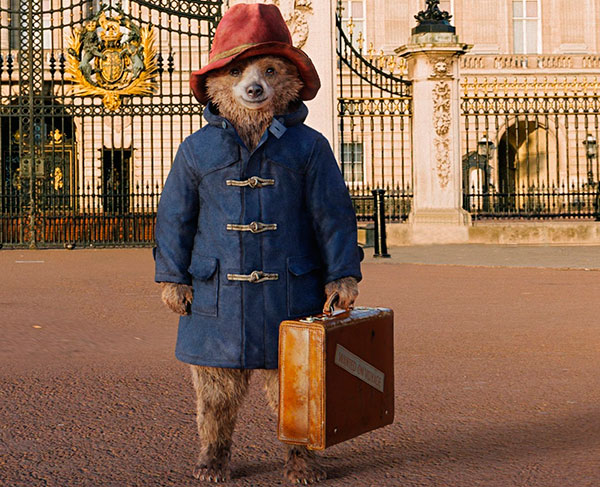 In 2003 the film Sylvia was released with Gwyneth Paltrow. The image of her character, Sylvia Plath, is also complemented with a duffle coat.