An englishman, which was born in Belgium

A single-breasted woollen coat with a deep hood and toggle buttons was named duffle coat during the First World War. An odd word is a derivate from the name of the Belgian town Duffel. This town became famous for producing of a rough woollen fabric duffle. The fabric kept warm perfectly owing to nap, for this reason the first coat with a hood was made from this very fabric. 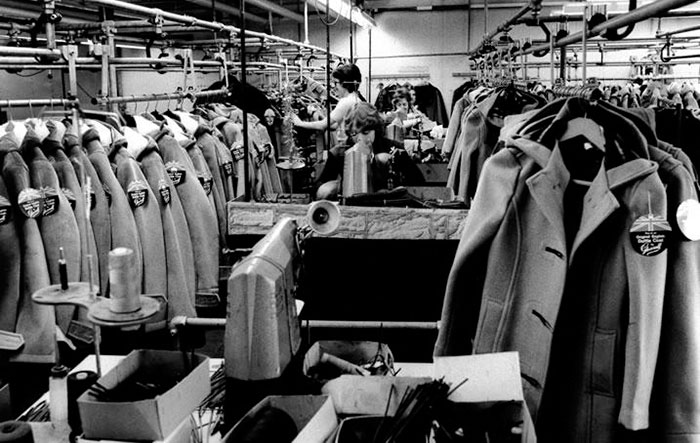 The characteristic features of the cut are caused with usability alone: a double-breasted coat was designed for the seamen of the Royal Navy. Three quarter length protected from water and wind but did not hinder movements. A deep hood could be easily worn over a cap. Owing to size and form of the buttons one could unbutton outdoor clothes in gloves. Big patch pockets were also designed with a glance to needs of seamen. A collar bar fastened a scarf, so that it could not become unwound because of the strong wind. Read more about introduction and evolution of the duffle coat in this section.

Duffle coats served loyally during the Second World War, and after the victory the rest of army clothing was bought by a company of Harold Morris Gloves and Overalls. Military purpose of this outdoor clothing was no more of current interest, so duffle coats became a part of everyday life of the British.

The company had vast experience of retailing. It purchased combinations, gloves and other items made of leather and cotton. Thus legacy in the form of a huge amount of duffle coats came to right hands. About this period of time the company changed the name to a terser and clearer — Gloverall.

Originally target audience of the company were only men. Cinematography made a fair share of contribution to popularization of the image. The film The cruel sea and the fearless main character who wore a duffle coat moved hearts of viewers. After the movie was released, demand for woollen coats of this cut increased so much, that the company Gloverall took “masculine” outdoor clothing to the assembly line. 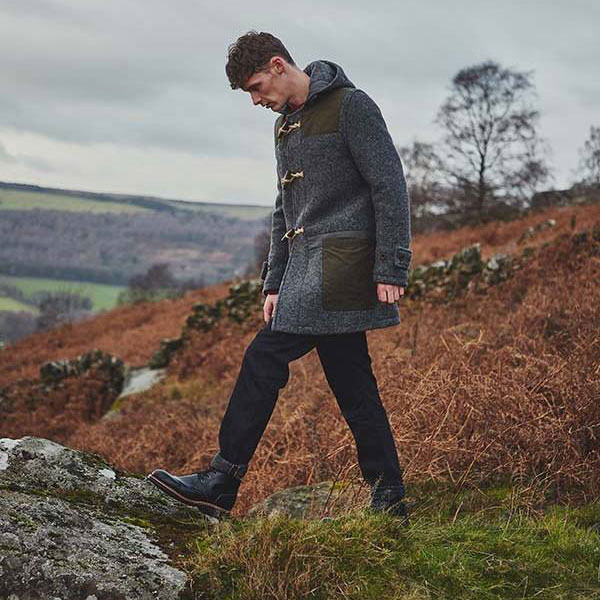 There were also students among the admirers of the versatile and stylish design in the 70s. Duffle coat became a uniform of the protesting Parisian students and winter clothes of members of the Ivy League.

There were not abrupt rises and visible declines in fashion for duffle coats. Thanks to its usability, comfort and unusual design it presented constantly in fashion industry. In recent years the cut became more liberal. Men’s and women’s models can be seen regularly on the runway.

Many famous brands include duffle coats in their product range. Nevertheless the duffle coat Gloverall is a classic. Its high quality and comfort still meet customer’s expectations.