Duffle coat is a coat with a long, rich and curious history. This article will cover it in great detail, starting with a description of the predecessors of the duffle coats, then discussing how and when the duffle coats were created, and concluding with a look at the latest history of this piece of clothing.

Clothing with hoods was worn by monks in the early Christian era, but it has very little in common with the duffle coats. A closer prototype of the legendary coat is the Polish frock coat with buckles similar to those on the duffle coats. It also had a hood, but the appearance of this piece was very different from modern duffle coat. Such a wardrobe item appeared in the 1820s and was at its peak of popularity in the 1850s. 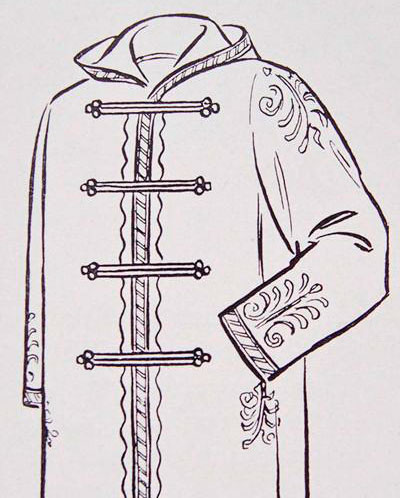 A drawing of a Polish frock

The design of the coat, which was introduced to the market by John Partridge in 1887, was closer to modern duffle coat. In fact, it was already the most immediate predecessor of duffle coat, which appeared just a few years earlier than a piece of clothing more familiar to us. Partridge’s duffle coat was cut extremely spacious and short, and its toggle closures were placed at a small angle.

Birth of the legend

At the very end of the XIX century, the British Admiralty placed an order for making duffle coats, turning to the company, which is now known as Original Montgomery. These coats of a century ago also differed from modern coats, but its closures were placed horizontally, and the length was about the same as the current pea coats. The cut was very spacious, and the fabric was very heavy and 100% wool.

Now a few words about the origin of the coat name. Most likely, it is associated with the name of a Belgian city Duffel (in province of Antwerp). This city produced rough and thick woollen fabric, which was used for sewing bags and coats... but not the duffle coats!

According to Sven Raphael Schneider, Editor-in-Chief of the Gentleman's Gazette, the duffle coat itself was never produced in the namesake city, nor was it made from Duffel fabric.

Nevertheless, the duffle coats were named after this fabric or this city for some mysterious reason.

Duffle coats during the World Wars

As early as World War I, British Navy personnel wore duffle coats, and coats of this kind could be seen on representatives of other parts of the army during World War II. They were also used as outerwear by those who fought in the North African deserts, such as Field Marshal Bernard Law Montgomery, commander of the 8th British Army. As Josh Sims, author of the book "Icons of Men's Style" and a specialist in men's clothing, writes, his name "has become almost synonymous with a heavy coat with a hood, designed to protect against the cold winds of the Atlantic Ocean". It is no coincidence that some models of duffle coats are still called Monty coat (Monty is a diminutive from Montgomery). 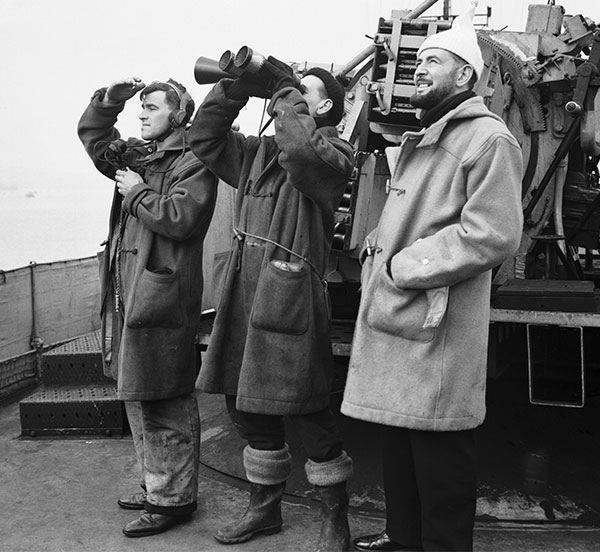 Duffle coats appeared in civilian wardrobe only after the end of the Second World War. As the German writer Bernhard Roetzel notes in his book "Gentleman", "in the 1950s, many unrealized army duffle coats appeared on the market, and as a result they became a favourite clothing for cold winter days. In France, this coat soon became very popular with college and university students, as well as intellectuals". In parallel with the demand, the assortment has grown.

So, all first duffle coats were beige ("camel" colour), in the early XX century there were brown models, in the 1930s — dark blue, and in the 1950s and later — many others: olive, white, red, bright blue, yellow and others.

The most famous manufacturer of duffle coats was the company Gloverall, which initially traded in the remnants of military stocks and introduced its own original model to the market in 1954. It replaced wooden closures with horn and jute hinges with leather ones; besides, lighter and double-layer fabrics with plaid print placed on the inside were used for sewing. Gloverall still produces more authentic models of duffle coats with wooden closures and jute buttons. However, the fabric is used more modern, because the former rough and very heavy material would hardly please the current buyers. 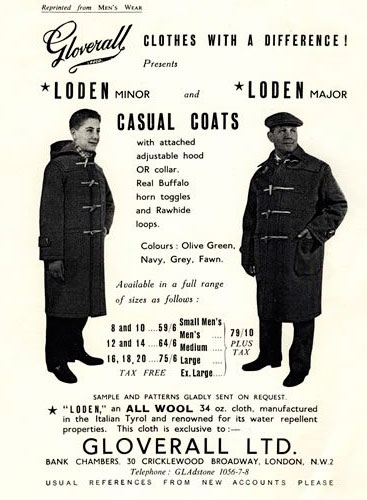 It should be added that some actors, directors and musicians have fallen in love with the duffle coats; they have appeared many times on the screens of cinemas and TVs. As noted by Josh Simms, "Duffle coats can be seen in almost all the classic films about sea battles, such as in the film "The Cruel Sea" (1953). Later, in 1976, the duffle coat was worn by actor David Bowie in the movie "The Man Who Fell to Earth". These coats were also loved by director Jean Cocteau and actor James Stewart; members of the British band Oasis starred in them for the cover of their single Roll With It, and David Bowie — for the cover of Low. Finally, the duffle coats were part of the wardrobe of the British transglobal expedition in 1979, as well as the official form of the British Olympic team in 1980. 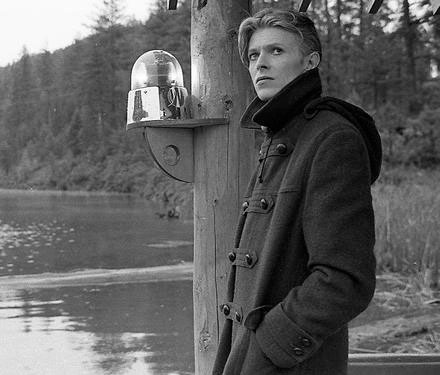 Today, the choice of duffle coats is very large, and manufacturers continue to produce new models of these outerwear. Shortened duffle coats, as well as coats of bright and unusual colours have appeared for a long time; moreover, there are even knitted copies. The opportunity to purchase a classic duffle coat, however, has not disappeared anywhere, and such coats are still in demand.

Original and unusual models are in fashion, then come out of it, and the classics remains always relevant. It is unlikely that the classic duffle coat will be outdated after five or even ten years, but there is no reason to believe that very many men will wear such coats. The beauty of duffle coat partly consists in a combination of classics and rarity.