The duffle coat, as well as many other fashionable pieces of clothing nowadays, came from military clothes. Its excellent qualities probably helped to win a lot of battles — this amazing coat warmed, protected from whims of severe weather and united a great number of soldiers.

On land and at sea

Originally the duffle coat was created for English military mariners. Each detail of the coat was designed for practical use in severe conditions of naval service. For example, few large buttons and loops were made to button and unbutton the coat easily with gloves on — so, your hands didn’t get cold. 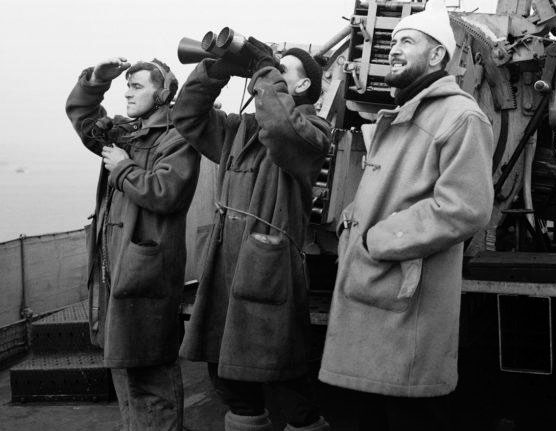 The royal navy in duffle coats during The Second World War

The voluminous hood, which looks like a bucket, was worn over a peak-cap causing no difficulties. A seaman could put almost all his possessions in the pockets: a card, a tobacco-pipe, binoculars or a spyglass, a compass — everything they wished.

And the most important thing is fabric. Dense and warm wool duffle could keep warmth in the deepest frosts, and at the same time was able to resist to any craft of weather: gale, heavy rain with hail and snowfall.

War is war, and the weather conditions are not taken into consideration there. Therefore, all the useful characteristics of a duffle coat were useful not only to mariners, but also to infantry, and soon practically all the English soldiers walked in identical coats. 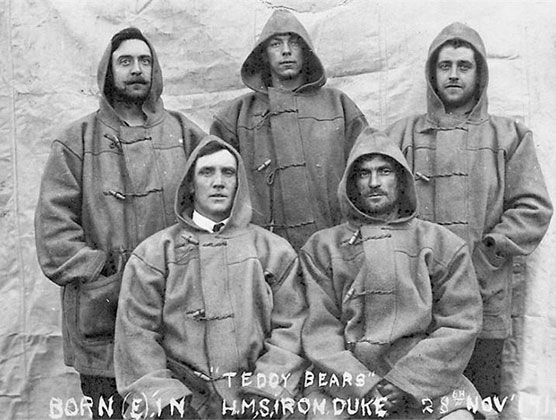 Besides practical reasons, duffle coats helped to unite spirit of the army of Great Britain. To be more exact, it was done by the one and the only duffle coat did it — the coat of the general of Montgomery. This simple attire led thousands of people — both those who were in direct submission, and those who simply admired this person.

More articles:
What are they made from? Duffle coats then and now
The history of Original Montgomery brand
Types of the duffle coats

The seamen tenderly called the general Monty. He was a real military genius — and all ingenious, as we know, is simple. Despite the high rank, Montgomery looked like an ordinary English soldier and he wore the same duffle coat. And, as you can notice, this didn't prevent the general from winning one victory after another for the sake of Great Britain, or perhaps even helped him.

It isn't surprising that Monty was popular among the soldiers. Everybody saw that this great man doesn’t shrink from what the government provides for ordinary fighters. By doing this he became closer to each of them.

Soldiers and officers followed, copied, admired and adored Montgomery, — and it united them to fight for the victory. And after all, a certain role was played by the duffle coat, too. What an amazing coat indeed!