The history of Original Montgomery brand

The history of Original Montgomery brand

The first samples of outerwear for sailors are received. Ideal Clothing Company releases the first batch of duffle coats.

Expedition to the Antarctic is the first recorded use of duffle coats by sailors as a uniform.

Sailors of the Royal Navy in duffle coats

A duffle coat is a coat of medium length with an asymmetrical fastening and big wooden buttons. They are widely popular among the Navy officers. Many of them exchange their coats for less formal duffle coats.

“Duffle” becomes a common name. It takes its name from the Belgian town of Duffel, where the fabric for the first duffle coats was produced.

Duffle coats are used on small boats. The material is mainly produced in Yorkshire. Submarines are supplied with special duffle coats, as common coats were uncomfortable in cramped conditions.

A young officer Bernard Law Montgomery offered to take the sailors' idea and to provide military land forces with clothes that could be worn both by soldiers and officers. The troops are supplied with the first duffle coats. 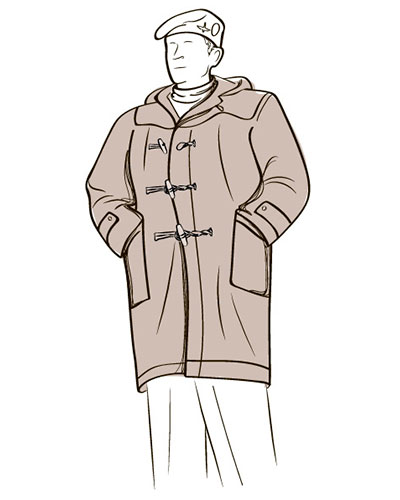 Duffle coats aren’t still recognized as a complete item of clothing, but the increasing popularity among the young changes the situation. A new design appears: the coat is now double breasted and longer; wooden buttons remain unchanged.

The European intellectuals start to wear duffle coats. The first duffle coat with buttons made of bone is released. 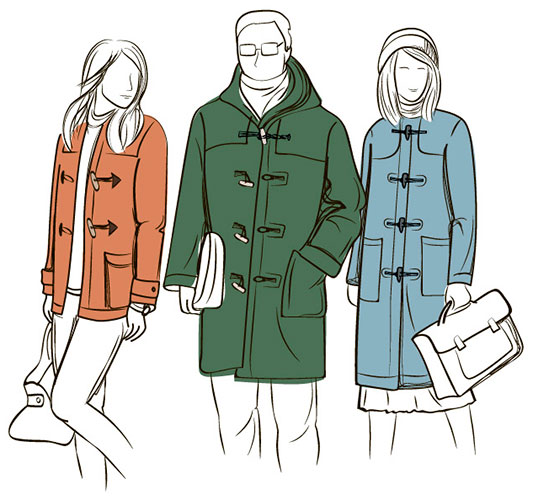