Duffle coat appeared in the second half of the 19th century, when the Admiralty drew attention to the invention of British tailor John Partridge. It was he who made the first duffle coat in Duffel wool, inspired by the design of the Polish frock coat. After learning about the thermoregulating properties of Partridge coat, the highest ranks of the Admiralty decided to produce the same for their sailors serving in the North Atlantic. This work was entrusted to the Ideal Clothing Company, which is now known as Original Montgomery.

Design of the first duffle coats

The design of the duffle coat has been transformed over time. Original duffle coats were short and baggy. The material was camel wool, which is known for its density and heavy weight. The relaxed fit of duffle coats did not stiffen movement, the wool kept warm, but too voluminous hood hardly protected from strong winds blowing from all sides, because the first models have no special buckle on the neck. By improving the marine duffle coat, Ideal Clothing Company added hood buckles that adjust the hood.

The royal navy in duffle coats

At the end of the 19th century, the British redesigned the duffle coat again. The new straight cut model reminded modern classic duffle coat. Additional layers of fabric and shaped stitching on shoulders were also added. After these innovations, wearing heavy objects became more comfortable, as the fabric thickened, and the shoulders were less tired.

John Partridge made his first duffle coat out of camel wool called Duffel, which was produced in the Belgian town Duffel. It was a very heavy and dense boiled woollen fabric with twill (diagonal) weave threads. The twill was already famous for its thermoregulatory properties: the fabric was breathable; it's never been cold or hot in the Duffel products.

By the beginning of the 20th century, Britain had produced large quantities of Duffel. But soon after that the the Admiralty decided to use the fabric of English origin. Therefore, there were two versions of duffle coats for sailors made from Belgian Duffel or English sheep's wool.

After this decision of the Admiralty, Royal Navy sailors began wearing duffle coats of two kinds. It must be said that the military outerwear could be almost any colour from beige to khaki. Duffle coats were mostly camel-coloured, because this tone was most often found in the sheep's coloration.

The colour of the coat directly depended on the colour of the animal's wool, because military clothing fabrics were not dyed at that time. Curiously, some sheep's wool contained more lanolin, a waxy substance that is a natural water-repellent. Duffle coats made from such wool were better for weather protection, which means they were more expensive.

In the thirties of the 20th century, the Ideal Clothing Company produced millions of duffle coats. At the same time, there were dark blue versions of coats for sailors or pilots, and khaki duffle coats were designed as part of the infantry outfit.

Around the same time, the Ideal Clothing Company also made duffle coats for military submarine employees. These models were shortened because there was little room on the submarines. Short jackets were an alternative. 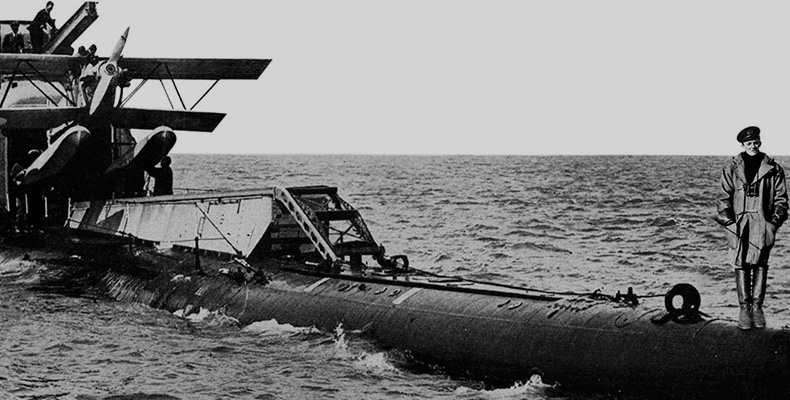 Crew member of a British submarine in a duffle coat

By World War II, duffle coats had become the outerwear of all English military units. During these years it became obvious to officers of the British Army that the outcome of the campaigns directly depends on the morale of ordinary soldiers. Officers and soldiers had to stand on the same level, getting rid of unviable ideas of fear and inequality. Battling side by side, the highest ranks and ordinary soldiers had a lot to share, and duffle coat became a thing that united representatives of different layers of the army. Many British officers slowly became wearing the duffle coats, showing that they were no different from infantrymen or sailors. There was also a lot of those who opposed the idea of equality, putting their position above the trusting relationship with ordinary soldiers. 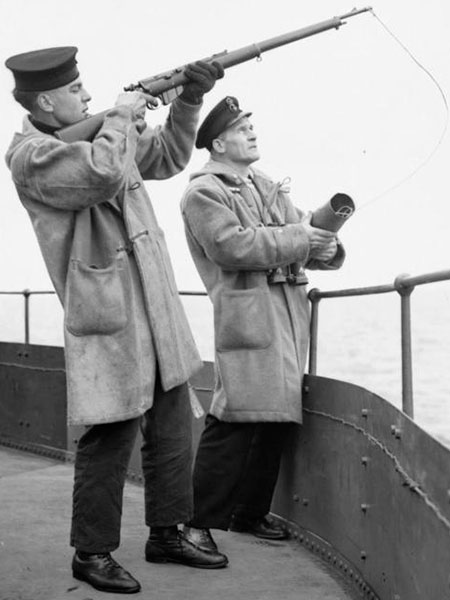 Despite this, there were quite a few moments when both admirals and sailors wore duffle coats on the ship's deck to cover themselves from winds and bad weather. Such occasions strengthened the relationship of all who served on board the British warship. There were such cases in the infantry, too. For example, Colonel David Stirling founded the Long Range Desert Group, a special purpose unit, in 1941. This group later merged with the Special Air Service (SAS), which today is considered a model for military units of many countries. The group members conducted effective reconnaissance in North Africa and carried out distraction manoeuvres in the enemy's rear, using Chrysler and Willys MB trucks.

The entire SAS team was equipped with the duffle coats: during the day the military used their coats as seats and covered with them on cold nights.

David Stirling said that the SAS could not have commanders and subordinates, there are only brave people united by a common goal. Equal rights in SAS units were emphasized by the fact that everyone wore duffle coats, regardless of their official position. 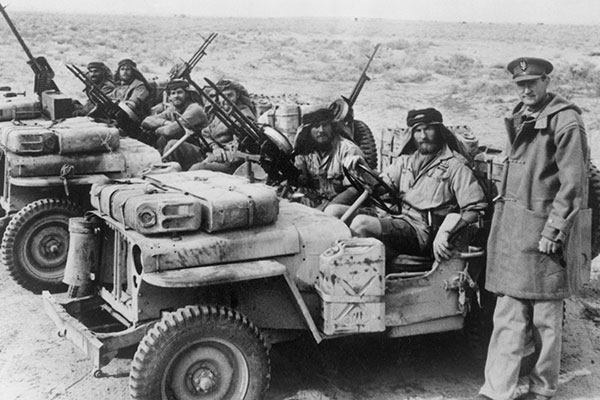 On the right David Stirling during an expedition to North Africa

The story of Field Marshal Bernard Law Montgomery, who served in North Africa like Stirling, is also known. The highest military rank in the British Army did not prevent him from wearing a duffle coat, and the soldiers were very fond of him for this. Thus, duffle coat played an important role in uniting British soldiers and officers. 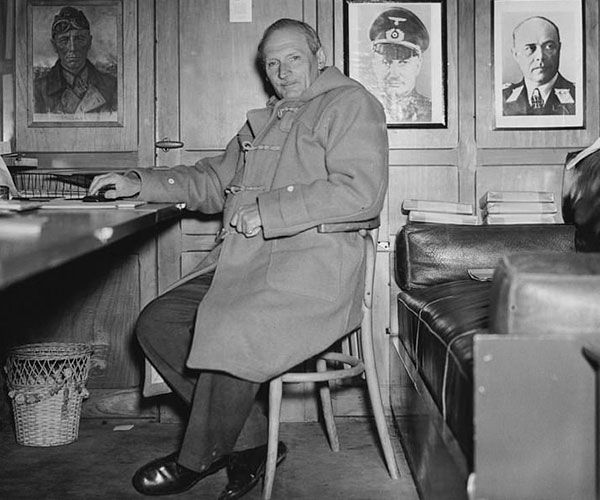 As it happens after devastating wars, people suffered in hardship. Hundreds of thousands of coats were sold cheaply or donated to the affected parts of Europe after World War II. The civilians simply had nothing to wear, so they were satisfied with a modest duffle coat, which was seen only as a warm coat: people thought less about their appearance. Both men and women wore duffle coats. The second manufacturer of duffle coats after Ideal Clothing Company was Gloves and Overall, which bought up the remnants of Duffel and the coats and started to crank out duffle coats. 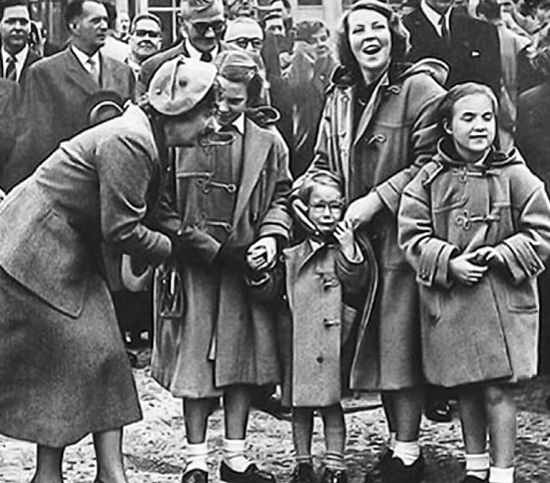 Women and children in duffle coats
More articles:
The Original Montgomery duffle coat: a fashion echo of the past
Fine process — what is the duffle coat made of?
History of duffle coat

In 1987, the Ideal Clothing Company changed its name and became Original Montgomery after the famous military leader Bernard Law Montgomery. The first company producing duffle coats still exists today, being a successful and developing company, preserving the history of duffle coats, but at the same time constantly improving its design.